This 2020 Netflix film takes us on a socioeconomic ride to the future of prison cells constructed as vertical rooms that allow inmates to watch each other in lower cells, while the inmates above get first dibs on the food served by chefs at the top of the building… Yeah, I know it sounds a bit strange and maybe even eccentric but don’t judge a film by its’ trailer (see below). It’s much worse than it sounds.

The principle of The Platform is that there are a variety of awful people that exists no matter what social status level you are on in this world. However, the main theme of the film brings us to the question of who are the absolute worst: the people at the top or the people at the bottom?

END_OF_DOCUMENT_TOKEN_TO_BE_REPLACED

In February of 2017, a movie titled, A Cure for Wellness was released to theaters in the USA. I saw the trailer for this film during the Summer of 2016 and was immediately intrigued. The story follows a Wall Street stockbroker (played by Dane DeHaan) who travels to a remote location in the Swiss Alps to retrieve his company’s CEO (played by Harry Groener) from an idyllic but mysterious wellness center. The stockbroker soon suspects that the miraculous treatments are not what they seem. His sanity is being tested as he unravels the spa’s terrifying secrets and finds himself diagnosed with the same curious illness that keeps all of the guests there longing for a cure.

END_OF_DOCUMENT_TOKEN_TO_BE_REPLACED

Out of all the movies ever made, there are four that I decided to compare and contrast as references to history and the future of the development of technology as it relates to colonization of countries and states. These four movies (Avatar, Her, 2001: A Space Odyssey, and WALL-E) came out at difference points in technological advancement and they display the continuing evolution of human beings and the digital world.

END_OF_DOCUMENT_TOKEN_TO_BE_REPLACED

In the film, 2001: A Space Odyssey, the audience experiences three solid levels of evolution and explanation of mankind in the eyes of what may seem as religion to some and science to others.

END_OF_DOCUMENT_TOKEN_TO_BE_REPLACED

In No Country for Old Men (2007 film), one of the most memorable quotes is “What’s the most you ever lost in a coin toss?” This is a short rhymed question asked by Anton Chigurh (played by Javier Bardem). He says it to a Texaco worker to determine if his next action will be a threat or a promise. At this point in the film, we have already seen that Anton has a way of changing others direction in life when he crosses their path, whether it be killing them or letting them live.

END_OF_DOCUMENT_TOKEN_TO_BE_REPLACED 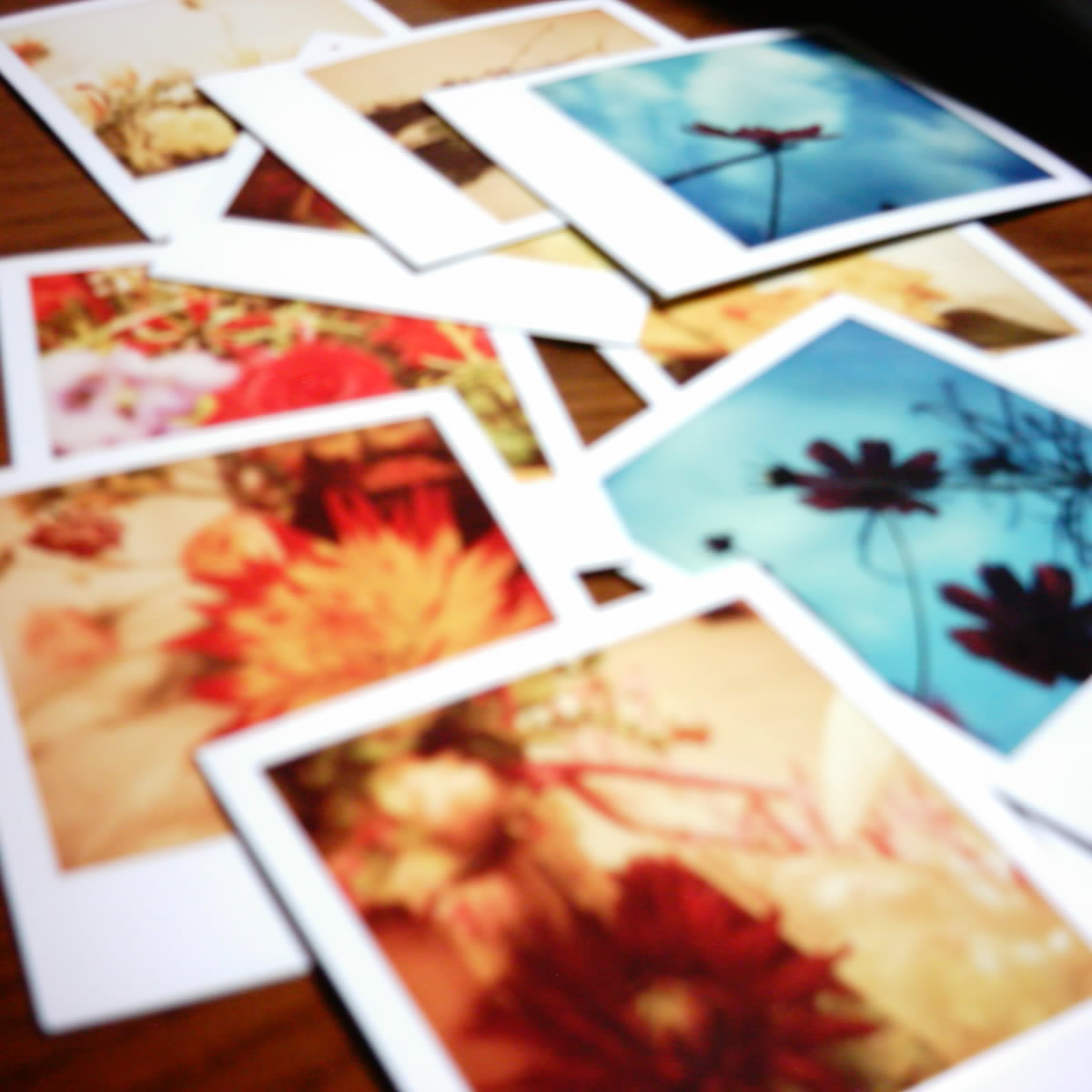 END_OF_DOCUMENT_TOKEN_TO_BE_REPLACED

Everybody defines leadership differently but I think John C Maxwell defines leadership best as, “A leader is one who knows the way, goes the way, and shows the way.” Regardless of how you define leadership, I’m pretty sure we can all agree that he or she can prove to be a difference maker between success and failure. A good leader has a long term vision and knows how to turn their ideas into reality and create success stories.

Qualities that define a “good leader”

Let’s take a look at some common leadership qualities that good leaders have, whether they are gained through training and experience or come innately:

END_OF_DOCUMENT_TOKEN_TO_BE_REPLACED

To be truly effective, leaders must master the ability to influence others. “Leadership is INFLUENCE. If people can increase their influence with others, they CAN lead more effectively,” says John C. Maxwell, American author, speaker, and pastor who promotes quality leadership in his published works.

Effective leaders don’t just command; they inspire, persuade, and encourage. Leaders have the knowledge and skills to lead a team or group of individuals towards a common goal, and lay out an executive plan to achieve results. 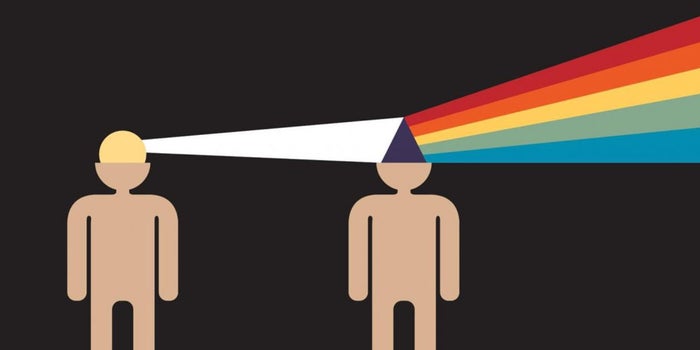 END_OF_DOCUMENT_TOKEN_TO_BE_REPLACED

The 16 personality test is generally based on the personality indicator developed by Katharine Cook Briggs and Isabel Briggs Myers. Their development of the test occurred in the 1940’s and was built upon psychological research performed by Carl Jung from the 1920’s.

The type test is based on a series of questions that gather information on how a person usually responds or relates to various situations. The answers to these questions are calculated to determine the person’s individual personality type. Important insights can be gained by understanding personality type, such as optimal career choice, better romantic partnerships, stronger relationships with family and friends, and find paths to personal growth and life purpose.

Tests that draw on the method by Briggs and Myers sort people into 16 different personality types which are organized by four pairs of opposite traits.

END_OF_DOCUMENT_TOKEN_TO_BE_REPLACED

Nonetheless, many states [particularly in the South] used poll taxes, literacy tests and other measures to keep African-Americans disenfranchised from exercising their right to vote and prospectively deny them citizenship. The enforcement of strict segregation was enacted through Jim Crow laws and condoned violence from white supremacist groups like the Ku Klux Klan.

The U.S. Congress did not take the initiative to make improvements for African-Americans for equality or fair treatment under the law. Finally, in 1957, a Civil Rights Division was established in the Justice Department, along with a Commission on Civil Rights to investigate discriminatory conditions. In 1960, Congress provided for court-appointed referees to help African-Americans register to vote. However, these bills were heavily watered down to overcome southern resistance and gain some momentum in the civil rights movement.

END_OF_DOCUMENT_TOKEN_TO_BE_REPLACED

In this special four-episode event, three different RuPaul’s Drag Race fan favorite celebrities are challenged with being given a drag transformation. Their drag mothers, played by previous Drag Race stars, teach them the basics of getting into drag and owning the stage. Then the celebrities battle it out in classic competitions (known as “maxi challenges”) for the title of America’s Next Celebrity Drag Superstar as well as win $30,000 in prize money for a charity of their choice.

END_OF_DOCUMENT_TOKEN_TO_BE_REPLACED

When I was in second grade who I had the biggest crush on this girl in my art class named Chelsea. One day after school, she pulled me aside to the end of a hallway near a stairway and kissed me on the cheek. I was surprised when she told me that she liked me too. I didn’t expect it at all. This was great news though. The only down side was that she transferred schools shortly after.

END_OF_DOCUMENT_TOKEN_TO_BE_REPLACED

When I was in college, I took a course called “Feminist Philosophy.” I found myself looking through some old essays and projects when I came across a hypothetical scenario that asked us to describe what society would be like if gender neutral was adapted as a social norm. I remembered this day in class, the other students proposed their ideas of what it would look like considering that gender norms would no longer exists, how women and men would now be viewed as human instead of gendered, how the fashion industry would change, how economics and politics would change for both the better and for worst because some people like change while others are stubborn to it. This one hypothetical brought about a conversation of unity, humanity, and belonging.

The acceptance of gender neutral as the social norm could change the world as we know it. It made me wonder if we would become more humane or if we would just find something else to disagree with.

END_OF_DOCUMENT_TOKEN_TO_BE_REPLACED

He said, she said, they said, ze said, xe said, it said, I said, we said, whoever said what they said when they said it, must be addressed properly by the pronoun that they, ze, xe use for identification. Most people tend to judge a person’s gender by their own assumption of biological sex based on physical appearance. However, that is not the best way to identify other human beings.

Let’s start with the a basic understanding: There is a difference between gender and sex. If you don’t know the difference, then you’re about to get educated. “Gender” is how you identify yourself, whether it is masculine, feminine, non-binary or gender fluid. “Sex” is based on your biological, reproductive organs: male = penis and female = vagina + enlarged breasts. END_OF_DOCUMENT_TOKEN_TO_BE_REPLACED