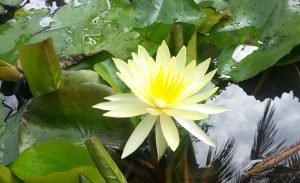 When I was a teenager I was always curious to explore and learn more about my sexuality and the sexuality of other cultures. I would watch sexually explicit documentaries that were talked about the historical and spiritual aspects of love and sex. So when I watched: Ancient Egypt’s SEX Life & The History of SEX All Over World, I was quickly reminded that Western civilization really and truly doesn’t accept the openness of sexuality, especially as it relates to the female gender.

However, due to the fact that I perform more femininely than masculine, even as a gender fluid bisexual, I do believe that sex is a natural part of antiquity. I converted to Hinduism in April and it has taught me a lot about life, love, and the authenticity of the world around us. Sex is just a manifestation of spiritual energy that combines two beings into one to procreate and sustain life. That is why in Hinduism the Namaste or Om symbol is iconic, as well as, the Lotus Flower. 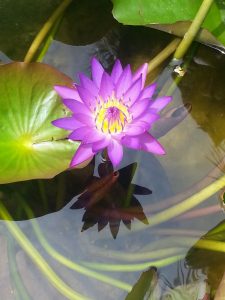 Namaste means “my soul recognizes your soul. I honor the light, love, beauty, and kindness within you because it is within me. In sharing these things there is no distance or difference. We are one.” It connects the energy of two bodies, two beings, two spirits at the heart chakra. The Lotus Flower is a symbol of creation. In Hinduism, Bhagwan (God) Vishnu has a lotus arise from his navel which Bhagwan Brahma emerges from. This cycle of life is represented in the 3 Gods: Brahma (the creator), Vishnu (the protector/maintainer), and Shiva (the destroyer). So from sex comes life and from life comes death. This cycle is natural to human beings because without it we can’t continue to exist.

The similarities between Kemetic and Eastern cultures resides in this conceptual cycle of human life. During Kemetic times, they believed that sex was the key to spirituality. It was the connection between the reality of life and the afterlife. In order to live a prosperous afterlife or reincarnation (Indian/Hindu) and become immortal, you must experience sexuality to unlock spirituality, create life, and continue to the next life with a strong mind and a full heart. The other similarity is the infinite ways to have sex. There were no limits on the things you could do. It’s truly amazing what the body and spirit are capable of as it relates to kama sutra and tantric sex.

The differences between Kemetic and other Eastern cultures is that in China men want to have sex to take in the feminine energy or yin but without giving her any of his masculine energy or yang. You see this concept of men being more sexually inclined than women in Western cultures. Versus in Kemetic cultures where women were known to be rulers of their civilizations and to be more sexually open. This goes back to the lotus flower being a symbol of creation. A man can create because he has the sperm to do so, however if he doesn’t have a woman’s egg to fertilize then creation cannot happen. This is the main thing from antiquity that will remain the same throughout modern times.

As a result, in modern times, we are facing nuances of sex that are different from antiquity like gender. I believe that the ancient view on sex has changed because of Eurocentric global capitalism; which has shifted the concept and perception of power within gender from culture to culture. There may have been female rulers and chiefs all over the world but there hasn’t been one in America yet. Eurocentric global capitalism has created this reality due to its’ system of oppression where the white cist gender male is considered to be the ultimate power structure while anyone who doesn’t identify as that has been seen as a minority or, worse, other. There are many reasons that Eurocentric global capitalism exists: colonization, the psychological fear men have that women are the symbol of castration, and even that women are stronger than men in their mind, body, and spirits. Women have emotional minds that let them reason and rationalize through the various outcomes of situations, our bodies give life and pleasure through love and sex, and because of that our spirits are stronger.

My perspective on love and sex has not changed much based on the documentaries I watched. However, I do feel closer to my Hindu faith because I was reminded of the reasons why I chose Hinduism and why I’ve fallen so deeply in love with my Gods/faith.